So november the 8th crept up surprisingly quickly and marked the 6 month mark following the amputation which has come around disturbingly quick.  Doesn't time fly!

So a few things have been going on.  Most excitingly in august we found out Morgan is pregnant which is incredibly exciting.  Baby is due at the end of April.  As thrilled as I am, there's no denying that it .  Suddenly I'm not working at my own pace, instead I need to be as able as I can possibly be in terms of strength, mobility and stability by April.  It's not just about me any more!  Daunting as this is, I do like a challenge and often operate best with a deadline! 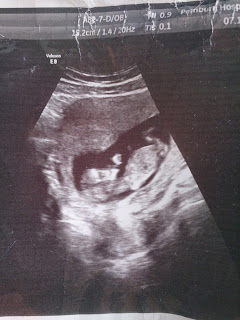 Working towards that goal, I was pleased to pick up my first ever running blade last week from Jamie at pace rehab.  It's crazy.  The unit is so incredibly light weight and flexible.  First time you stand up in it it's actually a little disconcerting.  Feels far too much like nothing is there for it to be trustworthy but nevertheless it didn't take long until I was bouncing around the physio room outside of the bars (literally a couple of minutes).  It's a wonderful feeling to be so bouncy, for want of a better word, on my feet.

When switching back to the walking leg, however much I love it, it feels so incredibly heavy! It's ridiculous.  First time I did it was in front of Jamie - he was keen to be there as he's been there before and knew I might nearly fall over - good for a laugh basically!  He wasn't wrong, nearly fell over.

There is a lot of learning to do and so in due cours I'm meeting with Hayley Ginn from Carbon Motion to do some running training.  I've not met Hayley yet but I've not heard a bad word and her reputations is fantastic - she worked wtih Jonnie Peacock amoung others.  I'm fairly sure she'll destroy me in no time though - in a phone conversation, when my prosthetist suggested she go easy and pointed out that I have a spinal injury and haven't been an amputee long her response was "guess you'll need to learn to man up a bit."  I think we're going to get along!!

Until the training can happen, I'm applying some time to getting used to wearing it. I try to spend a bit of time each day wearing the leg. It's anew socket and a little different to the walking leg so I spend some time just trying to get used to the fit, bouncing around the garden with the dog and so on.  Tonight I tried my first jog!  I'll be honest, it hurt and was hard work.  Part of that was just that my running fitness is pretty much non existent.   A more substantial part was that my stump needs to adjust to the new pressures and stresses that jogging puts on it.  It'll take time.  Tonight I did what would normally be about a half hour walk, in about 20 minutes.   It went along the lines of run 50-150m, rest, repeat.  Ended up becoming a bit of a high intensity interval training workout.  Not my intention but it's a step close to running naturally.   I was pleased to find my back held up fairly well, at least to begin with.  It hurt, obviously (always hurts), but didn't really hurt any more than walking.  My concern was always that running would be hugely more painful than walking but so far it seems ok.  Watch this space I guess!   The aim is a decent 5k time.  Then the paratriathlon potential remains a potential...

In other news,  come the new year I'm signed up to train to become a personal trainer with premier training.  I'm really excited about this.  I'm sure the course will be hard work but I'm excited about helping people achieve their goals in life, in terms of fitness.  Long term I want to do a level 4 course in excersice referral so I can also work with people going through rehab process or dealing with disabilities or medical issues.  I think it has the potential to be exciting and satisfying work.   I've been amazed at the way a good level of fitness helps through a rehab process (in both the rehab process' I've done so far).  I'd love to help more people tap into their potential.  Hopefully I'll be able to do a decent job.  Like with the running, time will tell!

Training and my own physio etc remains vital.  I was reminded of just how vital it all was a couple of weeks ago after pulling a muscle in my neck meaning I couldn't make it to the gym until I had recovered.  Through general business at the same time, I didn't have physio for a couple of weeks.  My body just siezed up!  It was crazy just how stiff and sore I became in such a brief space of time. I also found I quickly became so much more lethargic and lacking in energy.   It seems the human body, however battered, and beaten is still built to be used and moved.  Not moving enough for a couple of weeks led to a seriously painful couple of hours at Neurolink physio! 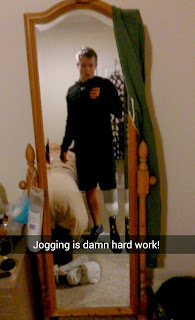 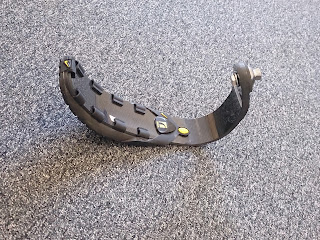 josh
Love to be busy and active, passionate about the outdoors and sports like climbing and kayaking. Following an accident in 2010 resulting in multiple injuries I'm working through a long rehab process. Despite a lot of interesting issues, loving life and sharing it with my beautiful wife (and poppy the lab - she keeps me busy and active...). Follow @senior_josh